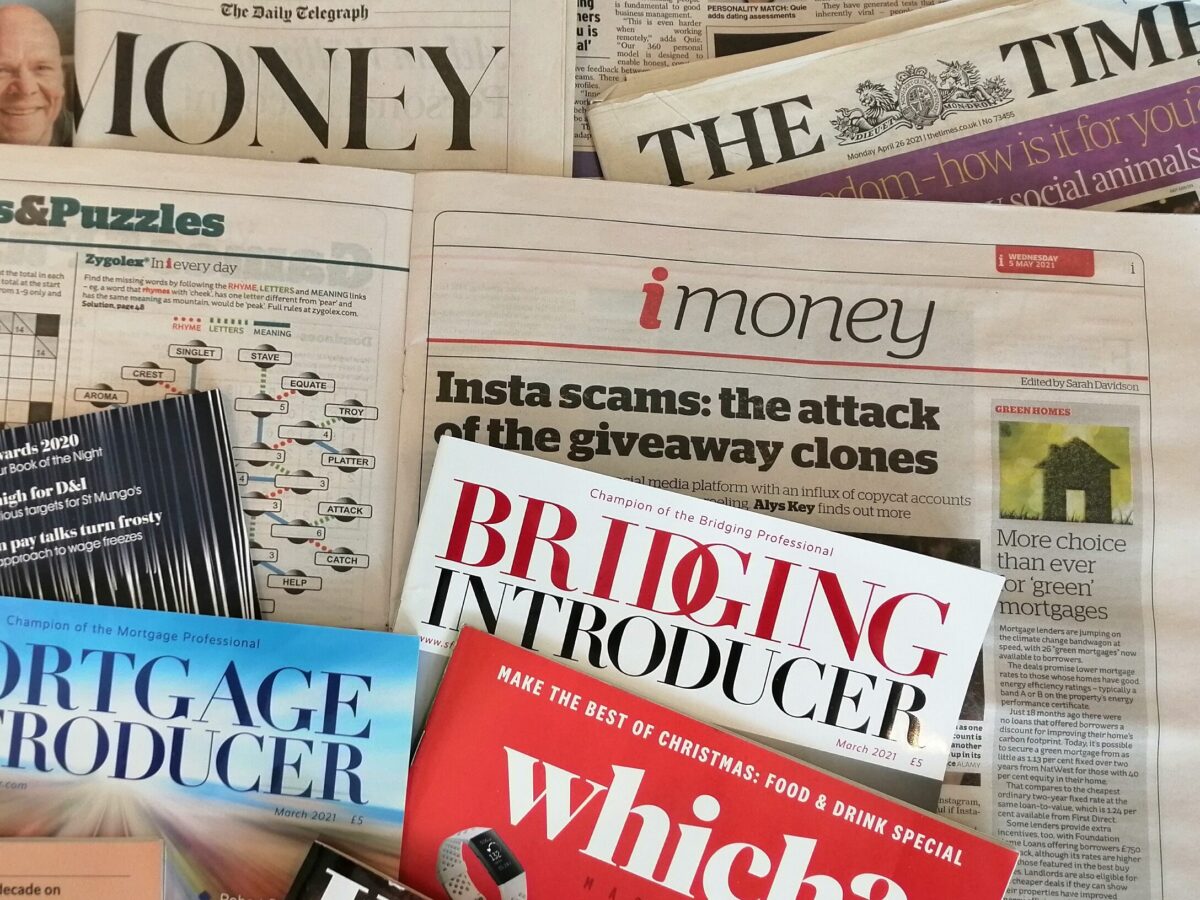 Rupert Murchoch has recently concluded it is not financially viable to launch a fully fledged rolling news channel. He has had to scale back his plans for a new opinionated television service in the UK.  Does this reinforce the theory (infesting the world of PR for mortgage brokers) that we ought to push social media at the expense – quite literally – of traditional media relations?  Is the mainstream media not as powerful as it once was?

I don’t buy it.  Because the mainstream media is not a shadow of its former self.  It’s thriving.

Take the Spectator, for instance.  In 1966, it had a circulation of 36,000.  I got into PR at the dawn of the new millennium. We’d all just woken up to the fact that the Millennium Bug wasn’t going to end the world.  But at the time, we also thought (free) digital would kill print (social media wasn’t on the radar).  No one would pay to read journalism when so much was free.  Meanwhile, total sales of the Speccie had climbed to 55,171.

A month or two ago, the Spectator announced the biggest increase in its 192-year history.  In 2019, the Speccie sold an average 80,455 copies (globally). But it set a goal of hitting 100,000 – ambitious, given that would mean overtaking the weekday sales of two newspapers.  Its sales certificate from this year shows average sales for 2020 were 98,486 weekly copies. That’s up from 80,455 the year before – a 22 per cent increase.  Include newsagent sales, and they’re now over 100,000.  Spectator TV, launched during lockdown, now has 97,000 subscribers with five million episode views already.  The website had 106 million page views last year, a rise of 48 per cent over 2019.

Last spring, during the acute anguish of the pandemic, the Harvard Business Review ran an article describing our collective discomfort as grief. It became the most viral post in the history of the publication.

The trend works across the mortgage press, too (which a piece on PR for mortgage brokers ought to turn to).  Over the past four years Mortgage Introducer has seen increases in unique visitors of around 20 per cent with 30 per cent over the past year.  Some of that can be attributed to lockdown. Some is down to the government stimulus package. As a result, people are buying houses and are having a nose about. Yet more is down to work done to the website.  But a lot is down to output, too.  Over the past decade uniques are up around 105%.

It’s not just established players (Introducer was launched in 2000).  The GB News channel is building a new right-of-centre 24-hour television channel from scratch centred on presenter-led shows, hiring presenters such as the BBC’s Simon McCoy and former ITV presenter Alastair Stewart to host programmes.  Someone has faith in the model – it has raised £60m from the likes of the US media company Discovery, a Dubai investment company, and hedge fund boss Paul Marshall.

And last week, I went for a drink with a recently appointed business and money editor on one of the newer nationals and was talking to her about readership.  She told me that monthly page views for her entire publication had risen by almost a third over the course of her (brief) tenure.  But, page views for her section, had risen by more than 400 per cent.  And that’s behind a paywall.

WHAT THIS MEANS FOR MEDIA RELATIONS & PR FOR MORTGAGE BROKERS

Why are the stats moving in the right direction?  Because where you get your news and analysis from has never been more important.  The quality media is in rude health.

James Staunton is the founder of Air Cover PR, a B2B comms agency specialising in the creation of thought leadership content and corporate PR for businesses in the mortgage, property and HR / employment spaces.  Please Contact Us to find out more.